Where To Get Your Free Doughnut on National Doughnut Day 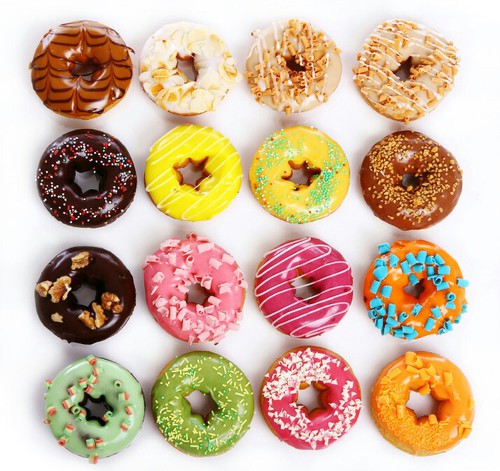 Throughout the year there are countless food holidays. In fact, according to The Nibble, there’s an edible-based holiday almost every single day celebrating everything from papaya to crab-stuffed flounder. If you’re thinking grub-worthy holidays aren’t really holidays or worth the recognition, maybe you should think again, as one provisional holiday that’s equally delicious as awesome is today: National Doughnut Day!

Celebrated on the first Friday of June each year, National Doughnut Day began in 1938 when a young military doctor by the name of Morgan Pett stopped by a bakery to pick up 8 dozen doughnuts using his own money, to hand out to the wounded soldiers. One of the men who received a complimentary doughnut was Lieutenant General Samuel Geary, who appreciated the kind gift, and decided to make a fund raiser with Mr. Pett to provide every wounded solider a doughnut. The undertaking was soon joined by The Salvation Army, where women known as Doughnut Dollies would distribute these delicious treats at Salvation Army huts within abandoned buildings near the front lines. Not only did soldiers positively respond well to these new treats being served, but they became an instant hit that boosted the traffic of soldiers visiting the huts. One of the Salvation Army volunteers, Margaret Sheldon once wrote of the event, “Today I made 22 pies, 300 doughnuts and 700 cups of coffee.”

Celebrating the men who founded the event as well as the women who kept our servicemen well fed, many chains and independently owned doughnut shops now take pride in the historic day by handing out complimentary doughnuts to their hungry patrons.

Want to celebrate? Here’s where you can grab a free doughnut! 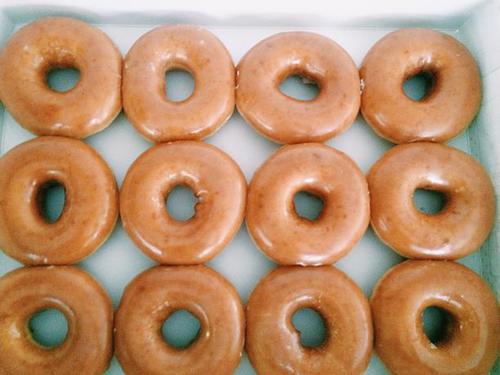 Nothing is better than a freshly made, warm Krispy Kreme doughnut. Good thing today, you can get an original or any of their other offerings for free at all U.S., Puerto Rico and Canada locations. If you’re oversees no worries, although it’s a USA based holiday, many international locations are taking part as well. Visit their website for a full listing of available locations and to find the bakery closest to you! 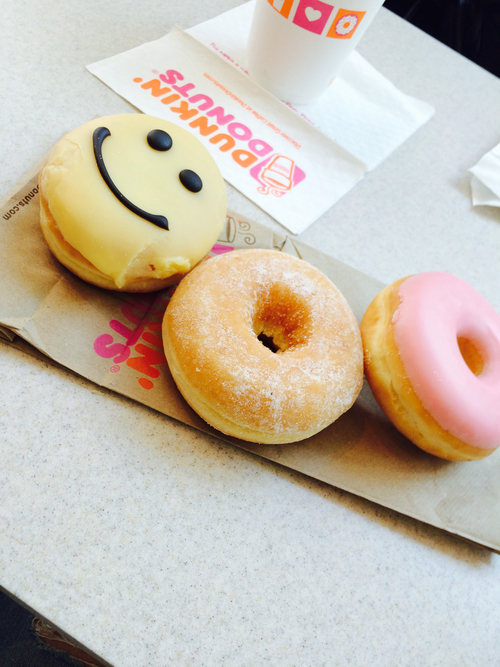 Visitors can enjoy a complimentary all day today, with the purchase of a beverage. Whether you’d like an Oreo coated, Chips Ahoy, Smilie, or a classic original, all doughnuts are included in this offer which is being honored across the country.

The chain which is located in 11 states from New Jersey to Arizona is providing guests with free signature OC Sand doughnuts which are honey-glazed and dusted with cinnamon sugar all day.

The convenience store chain is giving visitors free donuts with the purchase of a coffee between 5 a.m. and 10 a.m. this morning. With coffee being just .99 cents, it’s a steal for a sugar-rush breakfast on the go!

Can’t make it out for your free doughnut today? No worries Entenmann’s(everyone’s favorite grocery store/gas station chocolate covered doughnut) is hosting a Facebook contest giving 100 Grand Prize winners a year’s worth of free doughnuts!  You can enter at their Facebook HERE and while you’re on the social media site, feel free to visit our page HERE as well!

Hope you all have a wonderful National Doughnut Day and feel free to chime off in the comments on where you like to go for your free doughnut!