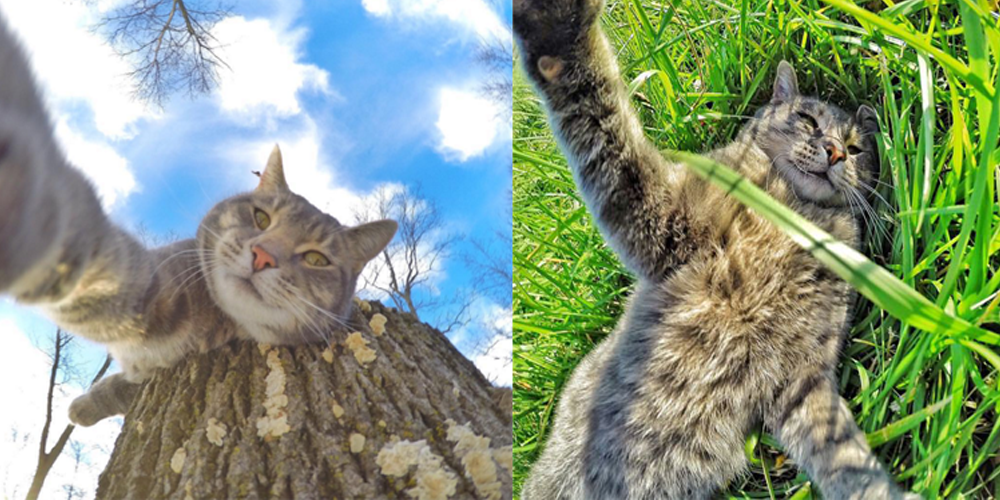 If you thought your selfies were cool, get ready to have some #SelfieGoals. There’s a new Instagram sensation, and believe it or not, it’s a selfie-taking cat.

Yes, you read that right. His name is Manny, and he’s a cat who loves taking selfies.

According to Yore Ahm, Manny’s owner, this kitty learned how to use the camera by chance, when he reached out to touch the camera during a shoot one day. Now, Manny’s selfies have become an internet sensation.

“He’s probably the most intelligent, inquisitive cat we’ve ever had. He’s a stray, that is very intelligent, thinks he’s a dog, follows us on walks, and is very, very friendly to humans.”

Using his owner’s GoPro, Manny enjoy taking selfies of himself and his furry siblings everywhere he goes. From grassy parks, to hideouts in the middle of the woods, Manny makes sure to document all of his adventures with fun, playful selfies full of emotion.

Part of what makes Manny’s pictures so hilarious, is how self-aware he is in his poses. From his angles, to his expressions, many of his selfies strike a strong resemblance to the millions humans take each year.